"To confine our attention to terrestrial matters would be to limit the human spirit."
-Stephen Hawking
0
Journal Publications
0
Lead-Author
0
Co-Author
0
Citations
0
H-index
0
Seminars & Conference Presentations
The Big Bang produced only hydrogen, helium, and trace amounts of lithium. Everything else - from the carbon in our cells and the oxygen we breathe to the silicon in our computers and the iron in our infrastructure - was synthesized in stars through the nuclear reactions they facilitate. This is what Carl Sagan meant in his famous quote "We are made of star-stuff."

My research sits at the intersection of astrophysics and nuclear physics, seeking to understand which nuclear reactions occur when, where, and under what astrophysical conditions. By their very nature, the nuclear reactions powering stars and occurring in the wake of supernovae change the chemical composition of the material. This material is ultimately expelled as gas back to the host galaxy's interstellar medium, where it can be incorporated into the next generation of stars and planets that will condense out of the gas. 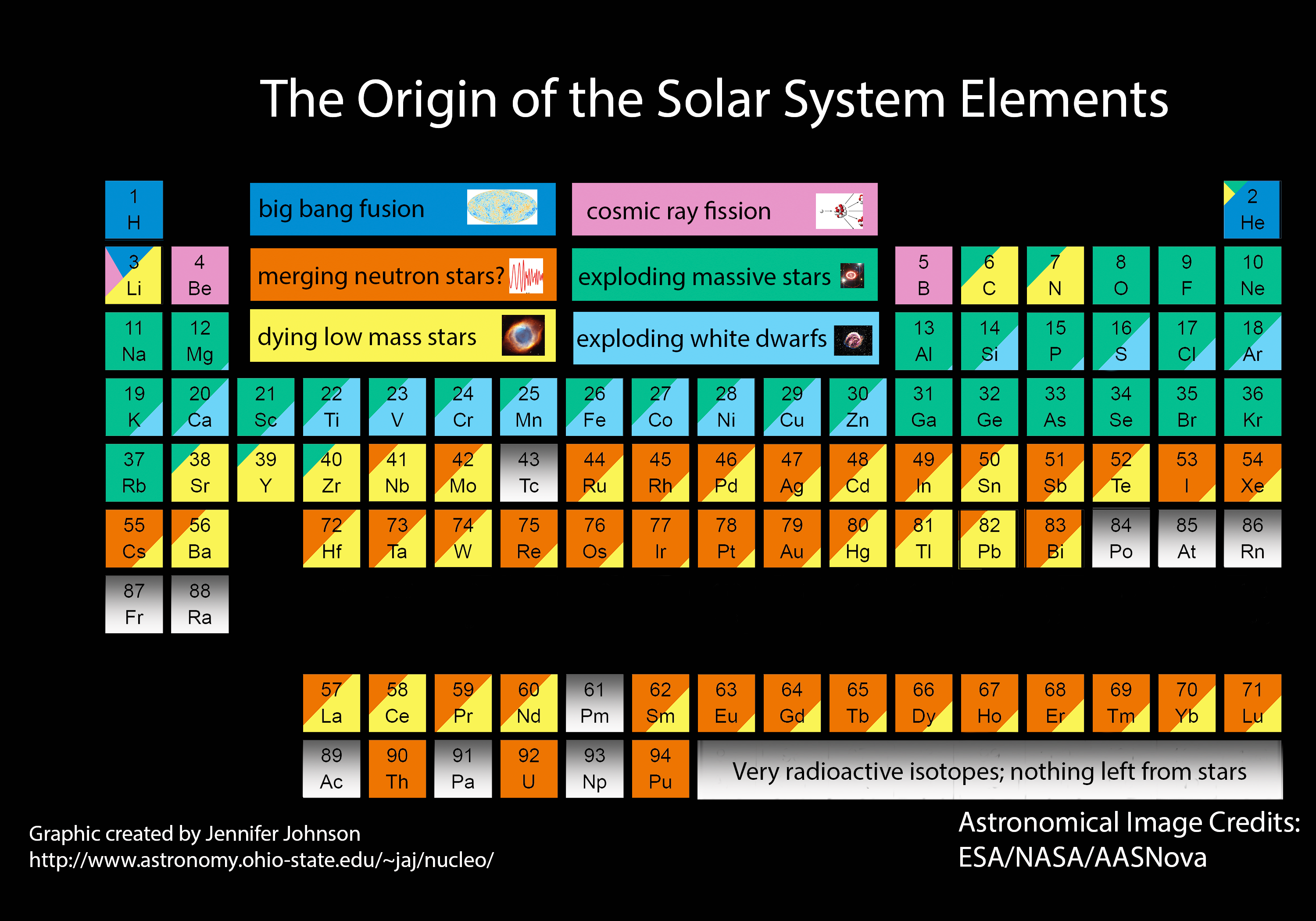 Being the sites of star formation and supernovae in the universe, galaxies are like petri dishes of their own nuclear reactions, retaining the nuclear products that come out of their own stars. By studying the present-day chemical content of the stars and gas within galaxies, we can learn about the history of nuclear reactions that gave it such a composition. This graphic, produced by my colleague and advisor Jennifer Johnson, illustrates which elements are produced by which astronomical phenomena and in what relative amounts.

The majority of this work sits in a field called Galactic Archaeology, which studies this very connection between a galaxy's evolutionary history and its present-day chemical composition with particular interest in our home galaxy - the Milky Way. Revolutionary big-data surveys such as APOGEE and GALAH have collected and continue to collect spectra for millions of stars, and by combining these spectra with models for stellar atmospheres, we can estimate their chemical compositions. Other surveys such as MaNGA collect similar data for external galaxies. By comparing galactic evolutionary models which track nuclear processes to data such as these, we can deepen our understanding of physics on both galactic and nuclear scales.

Links to my publications in peer-reviewed scientific journals can be found here.

Recently, I expanded my research efforts beyond galactic archaeology to the supernovae themselves. In this endeavor, I'm collaborating with Ohio State's revolutionary All Sky Automated Survey for Supernovae (ASAS-SN). In particular, I'm taking a statistical approach to study the thermonuclear detonations of white dwarf stars (type Ia supernovae), which are known to produce a significant portion of the iron, nickel, and zinc in the universe. Relative to their mass, these supernovae are known to occur more frequently in low-mass star-forming galaxies (e.g. Mannucci et al. 2005; Brown et al. 2019). The origin of this result is, however, something of a mystery. Galaxies of different stellar masses are known to have different star formation histories (e.g. Behroozi et al. 2019), but can this explain the whole effect? Low mass galaxies are also known to have a lower metal content than higher mass galaxies (e.g. Andrews & Martini 2013), and the occurrence of binary star systems is known to increase at low metallicities (e.g. Badenes et al. 2018; Moe, Kratter & Badenes 2019). Believed to arise from binary star systems, this means that low metallicity environments, and consequently low mass galaxies, should have more white dwarf supernova progenitors. Does this also play a role in explaining the observed supernova rates? Stay tuned for the results!

"The success of your presentation will be judged not by the knowledge you send but by what the listener receives."
-Lilly Walters
Check out the slides from a few of my recent seminars and conference presentations!

"The way a team plays as a whole determines its success. You may have the greatest bunch of individual stars in the world, but if they don’t play together, the club won’t be worth a dime."
-Babe Ruth 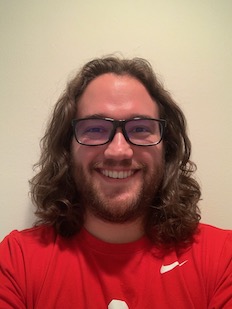 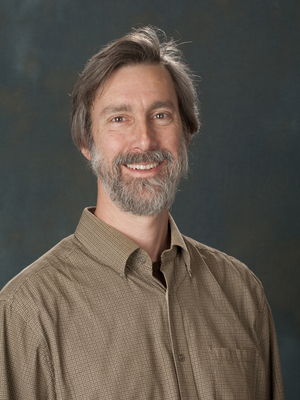 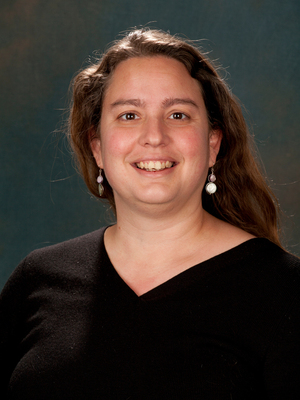 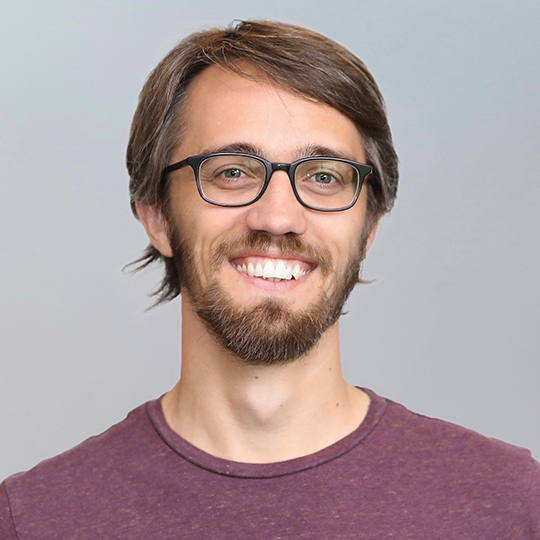 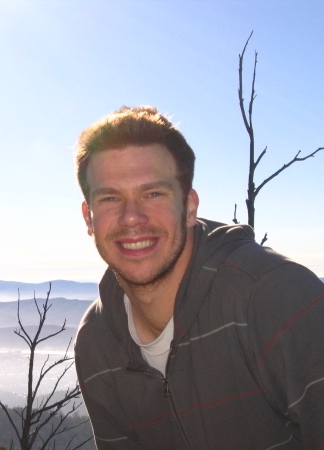 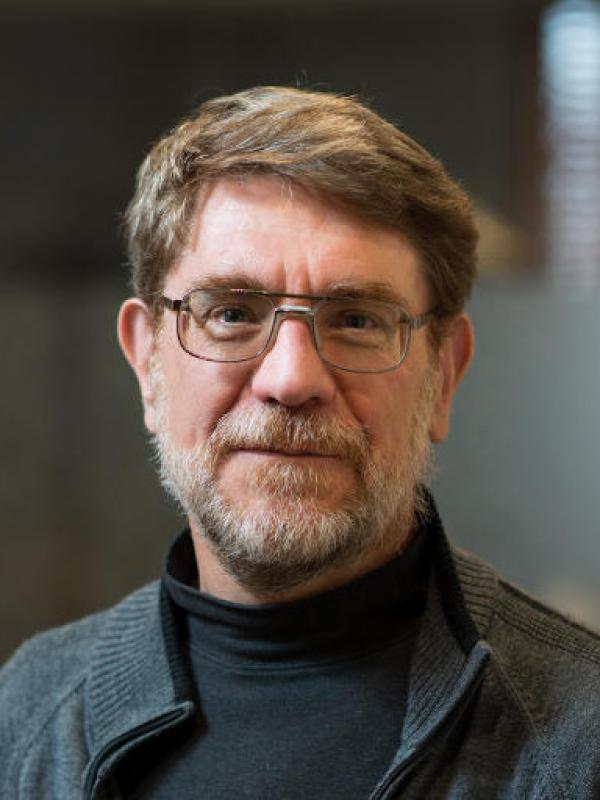 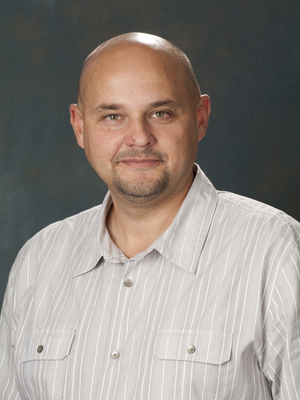 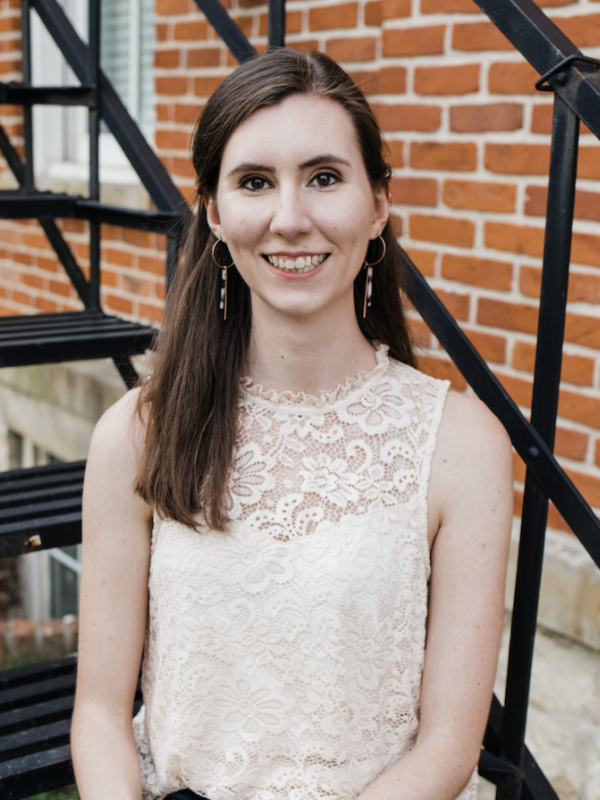 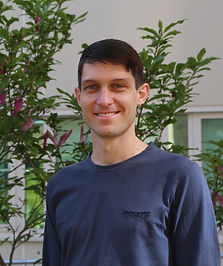 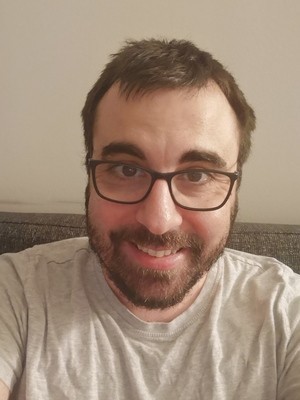 I have also incorporated my computational work into my teaching efforts by constructing a python bootcamp geared toward the typical computational skills of astronomers. Check it out!

VICE is an open-source galactic chemical evolution software. A python package with a backend written in C, VICE enjoys the powerful computing speeds of a compiled language while retaining the scientific flexibility and ease-of-use of python. Best described as a "one-size fits all" software library for this purpose, it can handle most chemical evolution models without any modifications to its source code.

Many evolutionary parameters typically built into these models (e.g. a galaxy's star formation history) are recognized by VICE as arbitrary, user-defined functions of time, allowing exploration of highly complex parameter spaces. In keeping with this model, VICE also allows users to declare their own nucleosynthetic yields directly, independent of previous studies in the literature; it will also calculate these yields upon request to assist in this process.

In March 2020, we published updates to VICE that extend its features to multi-zone chemical evolution models. In keeping with its model of flexibility, users may specify the mixing processes affecting both gas and stars in their models by telling it directly how much gas is moving between pairs of zones and which zone each individual stellar population is in at a given time. In this way, users can construct their own mixing processes for their models and let VICE handle the rest.

"The mediocre teacher tells. The good teacher explains. The superior teacher demonstrates. The great teacher inspires."
-William Arthur Ward
Python Bootcamp
In May of 2020, 2021, and 2022 I ran a python bootcamp which I designed myself as the sole instructor. This consisted of six sessions, totaling about 20 hours of instruction and exercises aimed at scientists with a background in functional programming. The curriculum focuses on topics such as the basic usage of a Unix terminal, the tools provided by Anaconda, the basic structure of a python package, and object-oriented programming up to and including inheritance and composition. Check out the course material!

This autumn, I teamed up with several of my graduate school classmates at The Ohio State University Department of Astronomy to run this bootcamp for the incoming first-year PhD students. We are modifying the curriculum somewhat, tailoring it toward students who simply have a little more experience with python and are ready for some more advanced techniques. This time, we're planning on also covering the usage of GitHub and how to use Cython to call external code written in C.

Although the participants thus far have mostly been senior undergraduate and first-year PhD students, the target audience includes all researchers with a working knowledge of functional programming who are looking to take their python skills to the next level. In practice, this could be a scientists at any career stage, even a senior faculty member!
Advising
Since the summer of 2022, I've had the pleasure of advising an ambitious undergraduate research student at Ohio State, Daniel Boyea. Daniel has been using galactic chemical evolution models for the Milky Way to "reverse engineer" the nucleosynthetic yields of carbon from massive stars and asymptotic giant branch stars to offer empirical constraints on how carbon is synthesized. This project is asking many of the same questions and using similar models as my recent paper on nitrogen nucleosynthesis, but for carbon. Stay tuned for his paper!
Undergraduate Courses
I have also been heavily involved in undergraduate instruction at Ohio State. Over the course of my Ph.D., I served as a graduate teaching assistant for five sections of Astronomy 1101: From Planets to Cosmos across four semesters as well as one semester each of Astronomy 1142: Black Holes, Astronomy 1221: Astronomy Data Analysis, and Astronomy 1140: Planets and the Solar System.

"Space is for everybody. It's not for a few people in science or math, or for a select group of astronauts. That's our new frontier out there, and it's everybody's business to know about space."
-Christa McAuliffe
Diversity, Equity, and Inclusion
In the spring of 2022, I joined the leadership committee of Polaris, an entirely graduate and undergraduate student led organization which strives to improve the retention of students from underrepresented and non-traditional backgrounds in the Physics and Astronomy departments at Ohio State. To this end, Polaris focuses on fostering a sense of belonging, developing a science identity, and improving self-efficacy among our mentees. There are two major components to Polaris's endeavors:


Additionally, I am a regular participant in Ohio State Astronomy's Diversity Journal Club, a recurring meeting within our department where we discuss the issues of diversity, equity, and inclusion not only in astronomy and astrophysics, but in academia as a whole. These seminars also dedicate discussion to our own department, focusing on steps we can take to improve the current situation facing under-represented minorities. Academics at all career stages are welcome, from undergraduate students up to tenured faculty members, and partipcation from early career scientists is especially encouraged.
Outreach
Upon arriving at Ohio State, I became involved with the Friends of Ohio State Astronomy and Astrophysics (FOSAA) outreach effort. These events consist of a handful of Ohio State astronomers providing presentations on their area of research to interested members of the public, followed by a lunch involving the same audience and many more of our colleagues. This affords the attendees the opportunity to sit down with our local experts and ask their burning questions about our place in the universe.

As a German speaker, I was previously featured on Real Scientists DE, the German version of the Real Scientists blog. In addition to the blog entry itself, this involved a week of interacting with their followers on their twitter feed from June 15-21, 2020. This event was conducted entirely in German.

"Astronomy compels the soul to look upward, and leads us from this world to another."
-Plato

I am an astrophysicist in the sixth and final year of my Ph.D. at The Ohio State University Department of Astronomy. This year, I am supported financially by a Presidential Fellowship, the most prestigious award given by the Ohio State Graduate School.

I was born on May 4, 1995 in Iowa City, Iowa, but grew up and attended school in Lincoln, Nebraska, graduating from Lincoln East High School in May 2013. From there I moved to Nashville, Tennessee, where I earned my Bachelor's Degree in Physics & Astronomy from Vanderbilt University in May 2017. During my undergraduate I briefly lived in Berlin, Germany, studying the German Language and the history of Nazi Germany at the Freie Universität Berlin. After graduating from Vanderbilt, I moved to Columbus, Ohio in August 2017 to begin my graduate level studies at Ohio State. 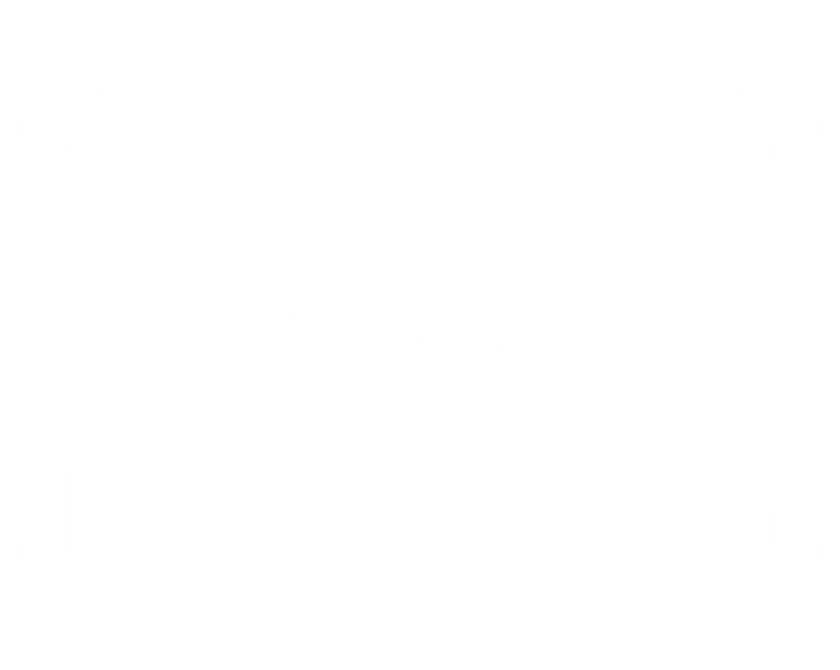